I saw a photograph on one of the Yorkshire Drone Facebook forums that I am a member of which had a picture of a derelict train line. Some digging led me to find that this was Healey Mills in Ossett.

I took a look on Google Maps and found this.

Once I found the place on Google and did some research and found out that it was once one of the largest marshalling yards (a large railway yard in which freight wagons are organised into trains) in Europe.

The place was closed down as road transport became more prevalent and the Yorkshire coal industry slowed.

I found a couple of potential access points on Google Maps and drove to Ossett. It wasn't particularly easy access but if you have a look around Healey New Mills you should be able to figure it out.

I was amazed to find carriages still on the tracks, some knocked over. I later found out that these were used by the police to practice for train emergencies.

Here are some of my lower def pictures. High def ones here 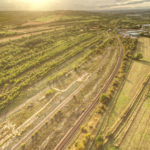 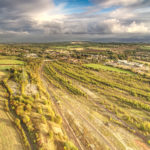 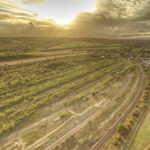 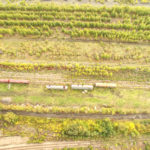 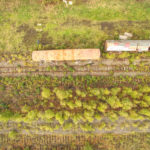 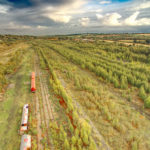 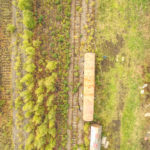 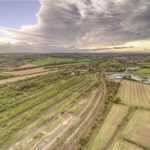 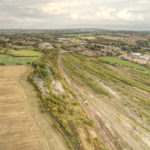 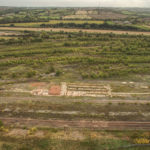 This is my video, please subscribe to my YouTube channel to be the first to see any new videos.

This is my second (And, I think, better attempt):

This was my initial video: