I discovered Newlands Estate through a local history forum and found that it was a demolished house with some stable buildings still left standing.

A quick investigation of Google Maps and I found the place. It was within cycling distance of my house, so decided to go on a cycling Drone Adventure! 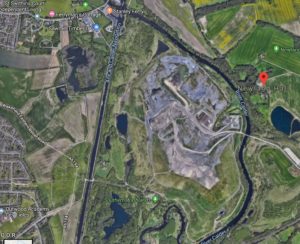 If not on a bike, it's probably a 10 minute walk from Normanton over quite good paths. You can see from the Google Earth image above, that there looks to be lots of quarrying in the area. My first visit was during the week and there were lots of heavy vehicles around but the weekend was quiet.

The place is also accessible from Altofts over a public footpath but not quite as easy-a-walk.

Here are some pictures that I took of the place. There is a large old derelict house also in the area, I know nothing about this but interesting non-the-less.

The pictures below are low definition, for high definition then see my gallery at PicFair 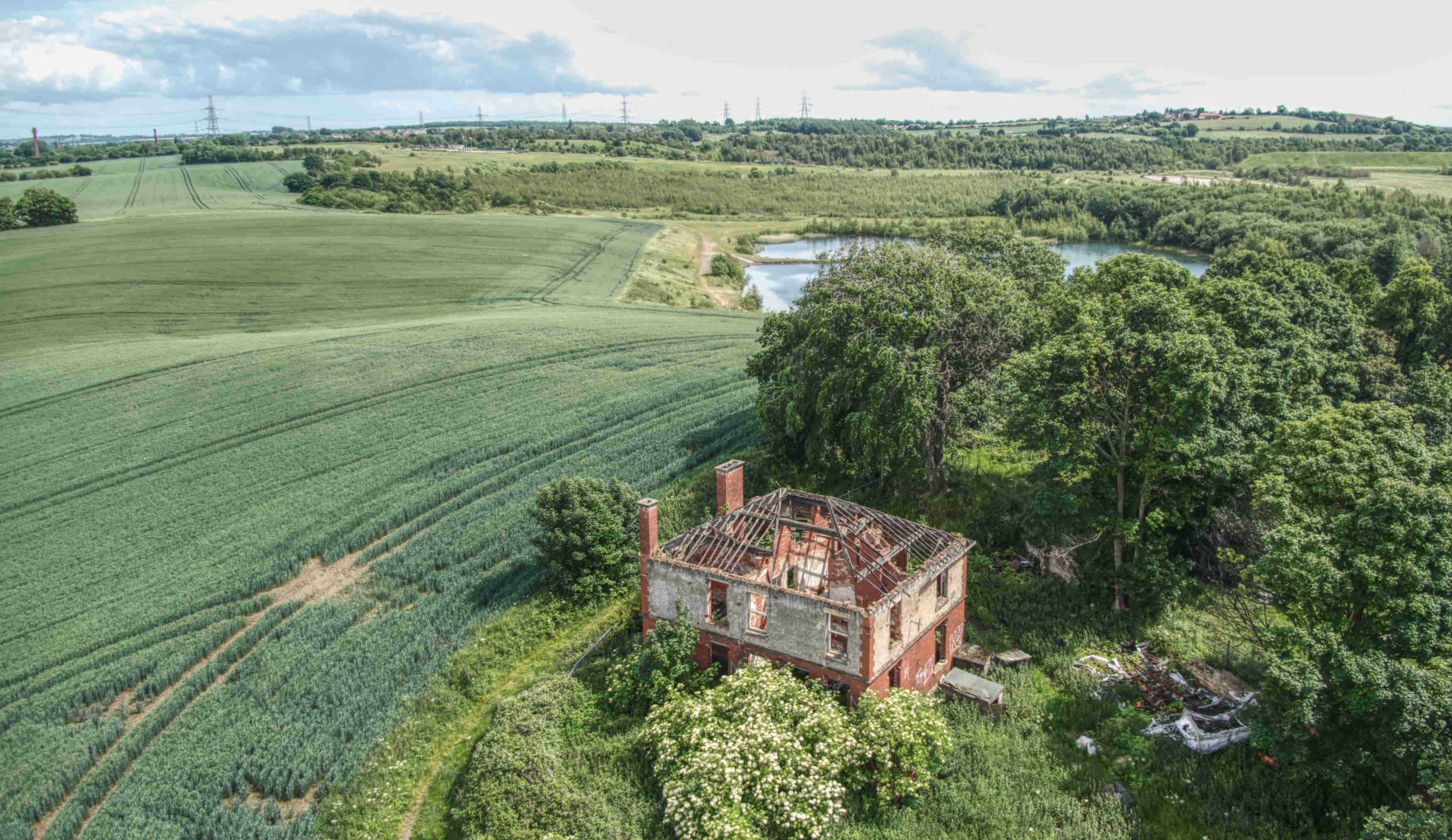 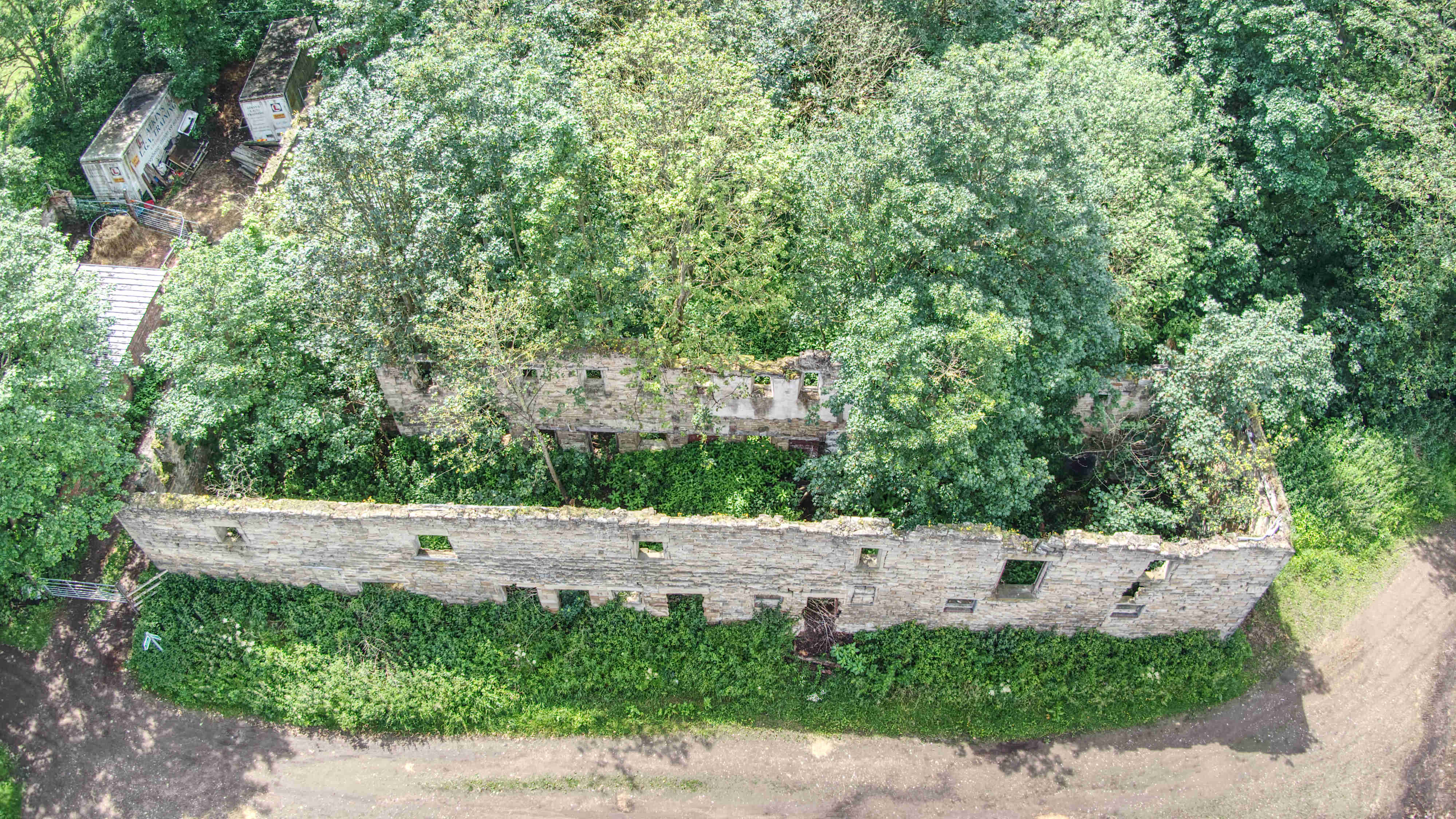 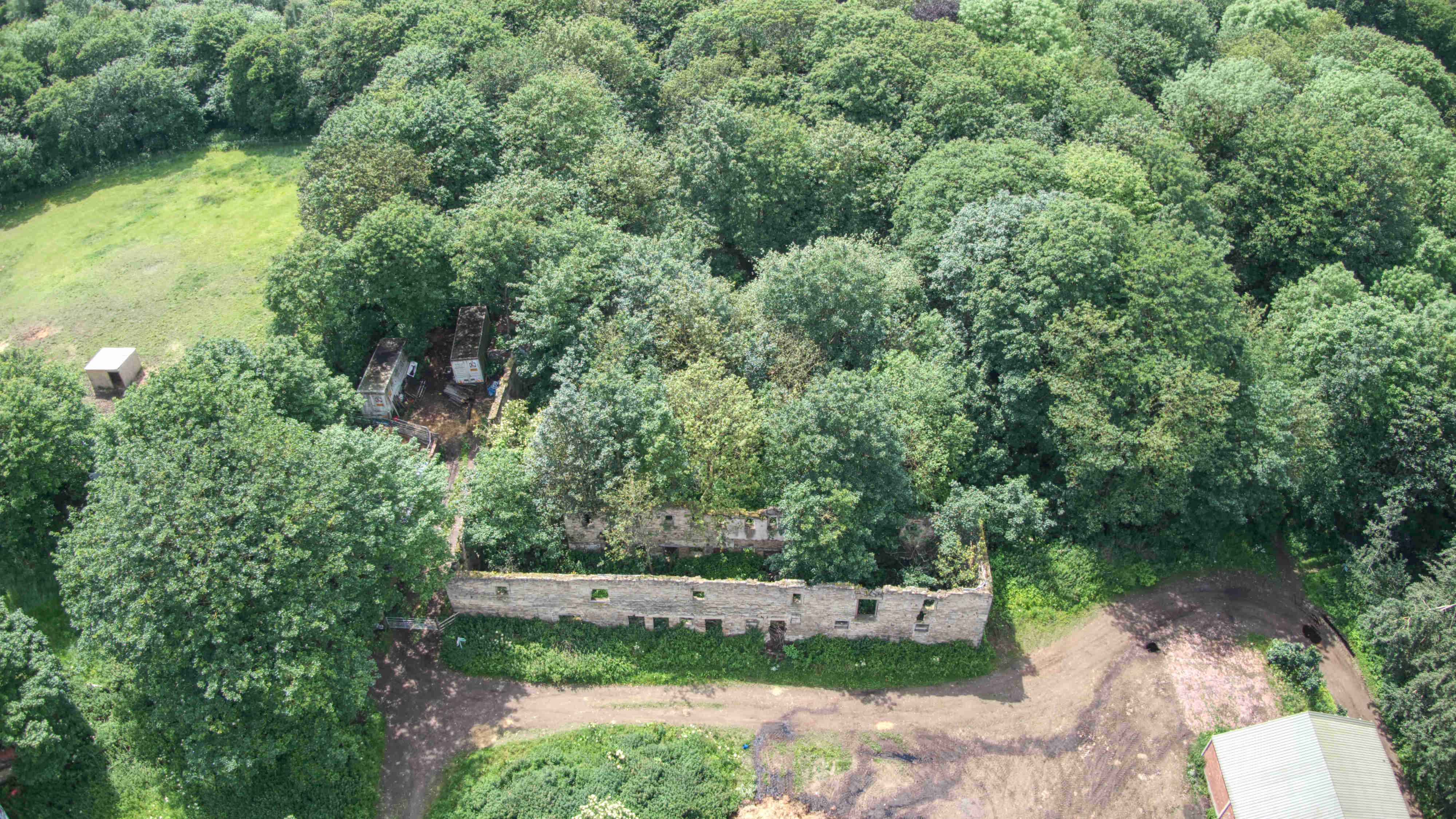 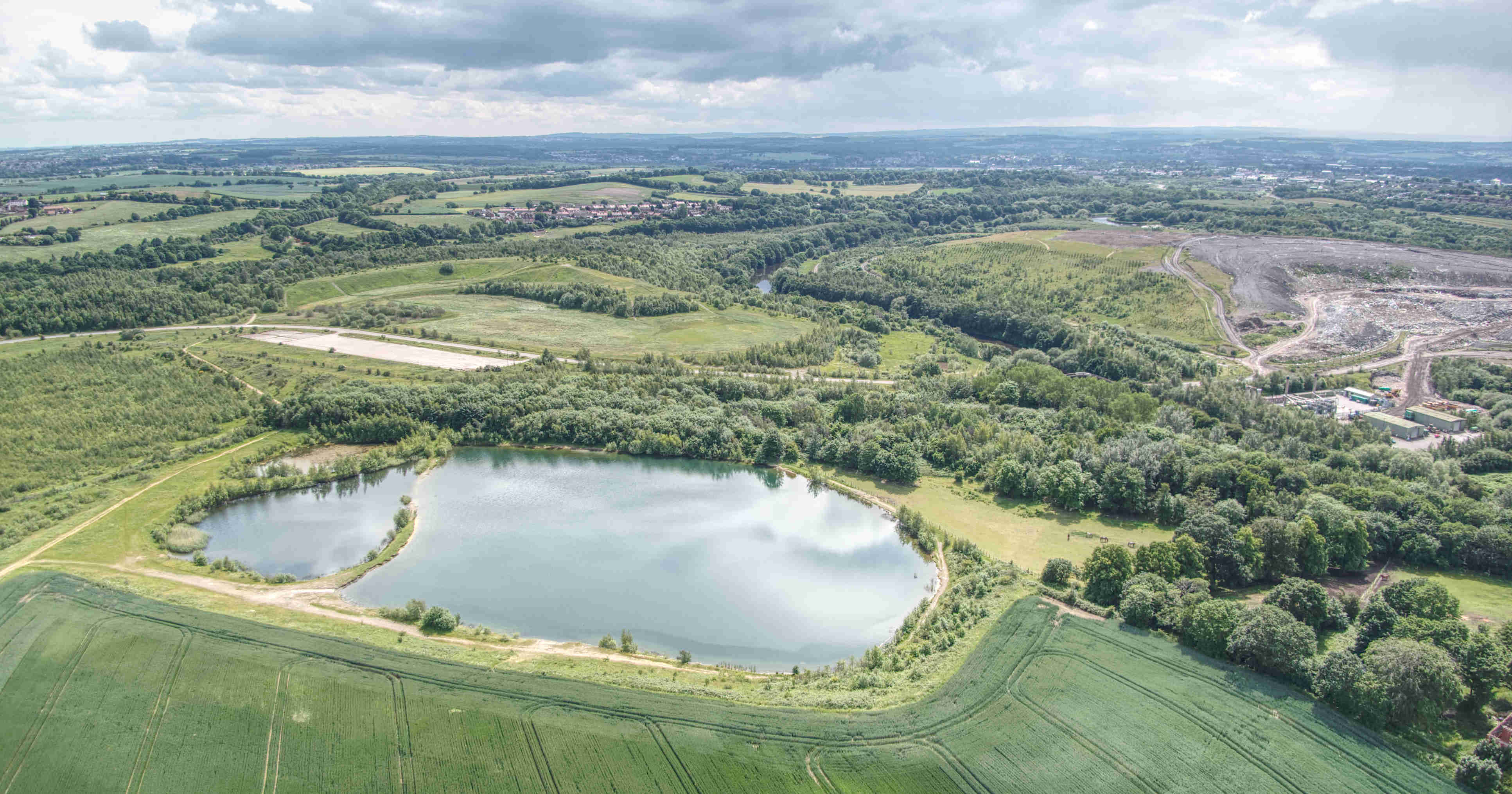 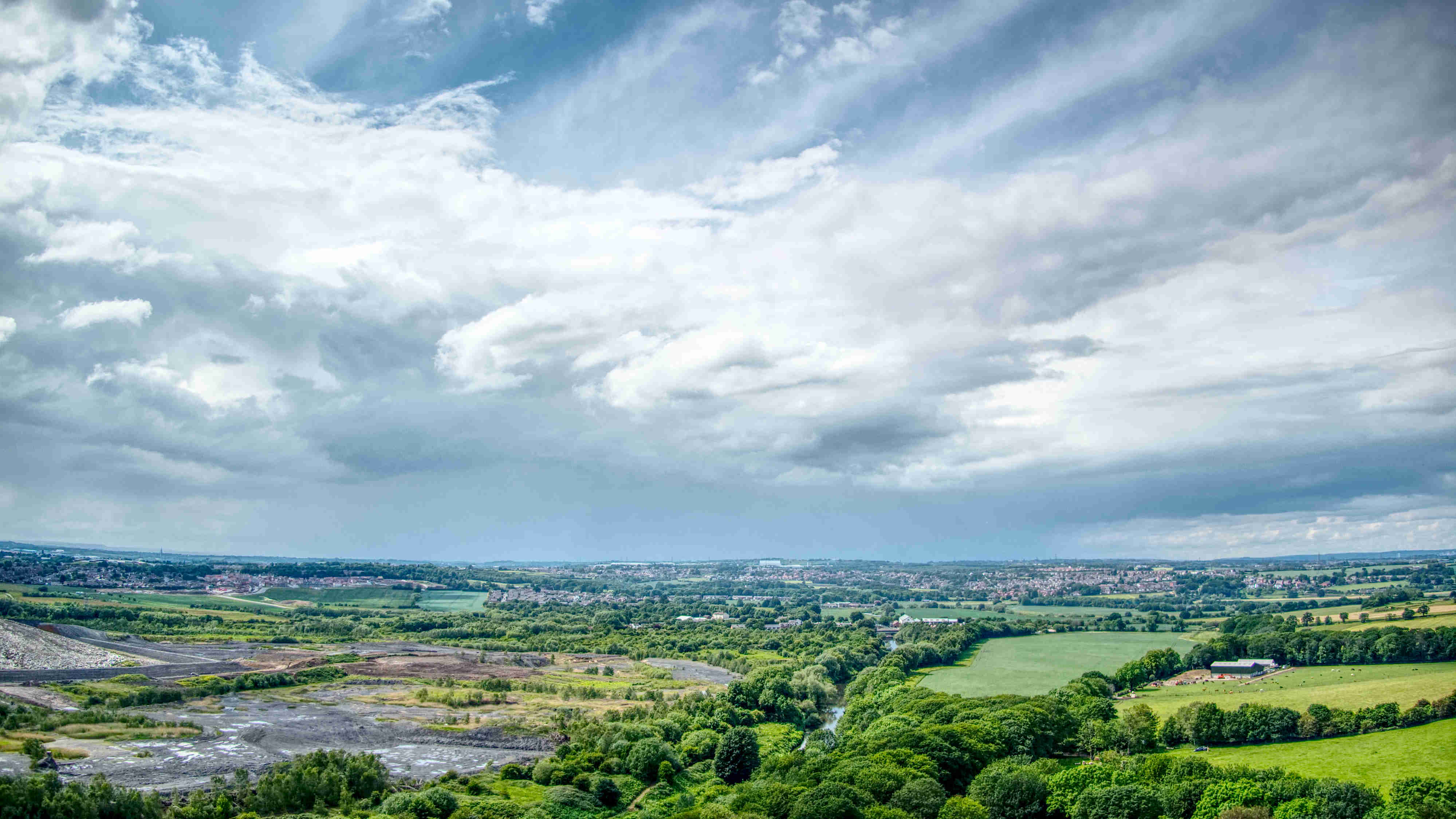 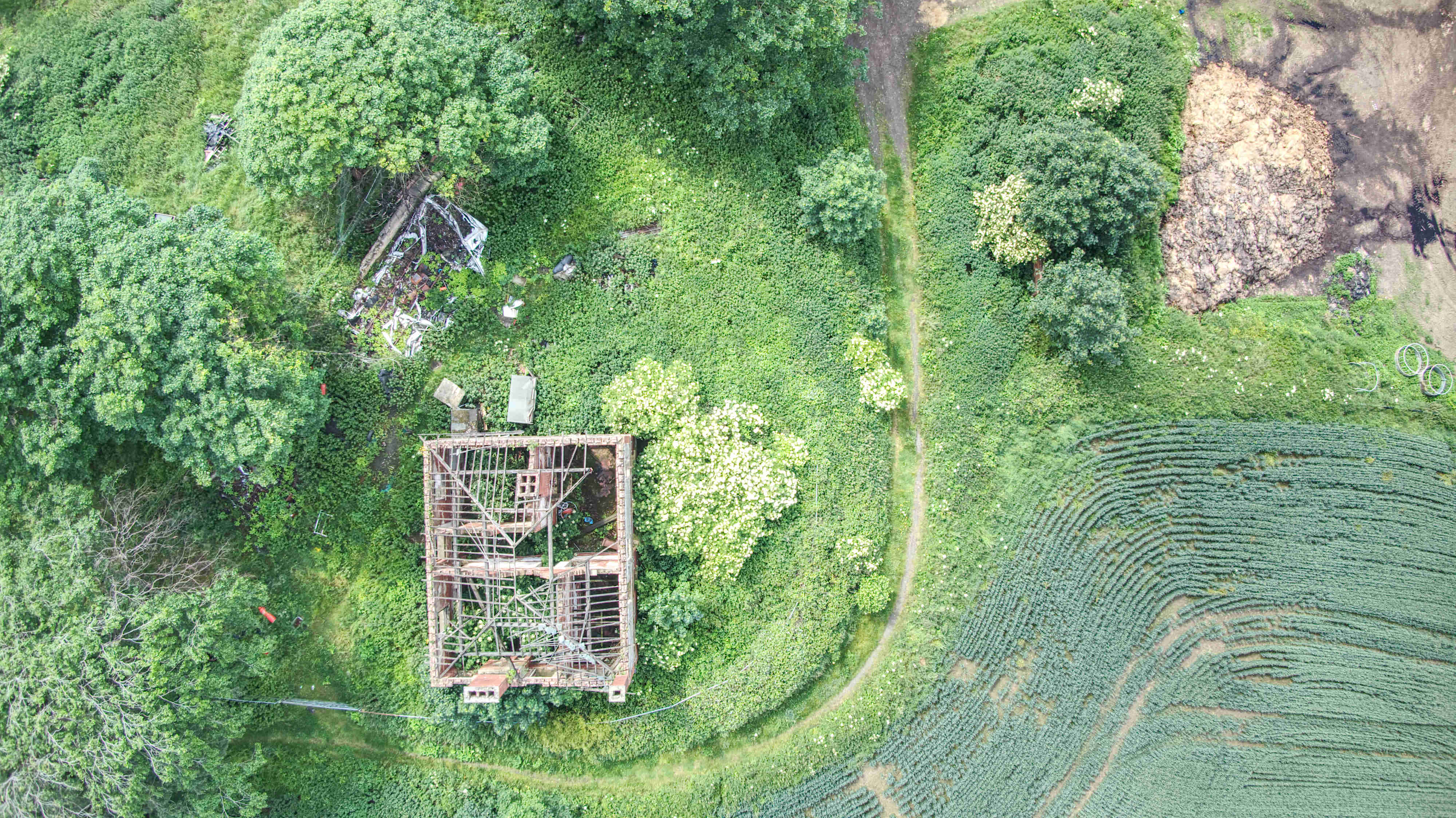 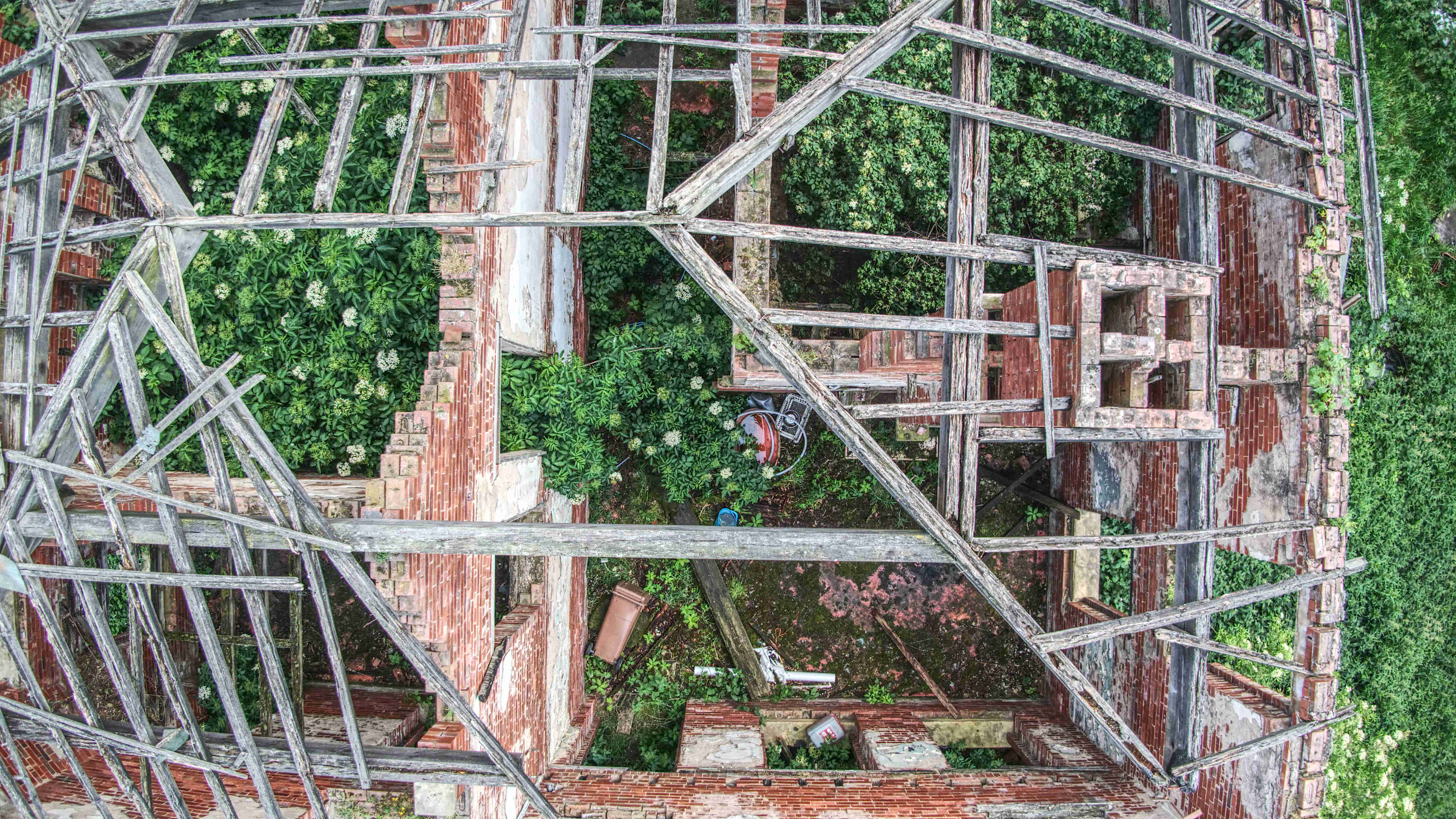 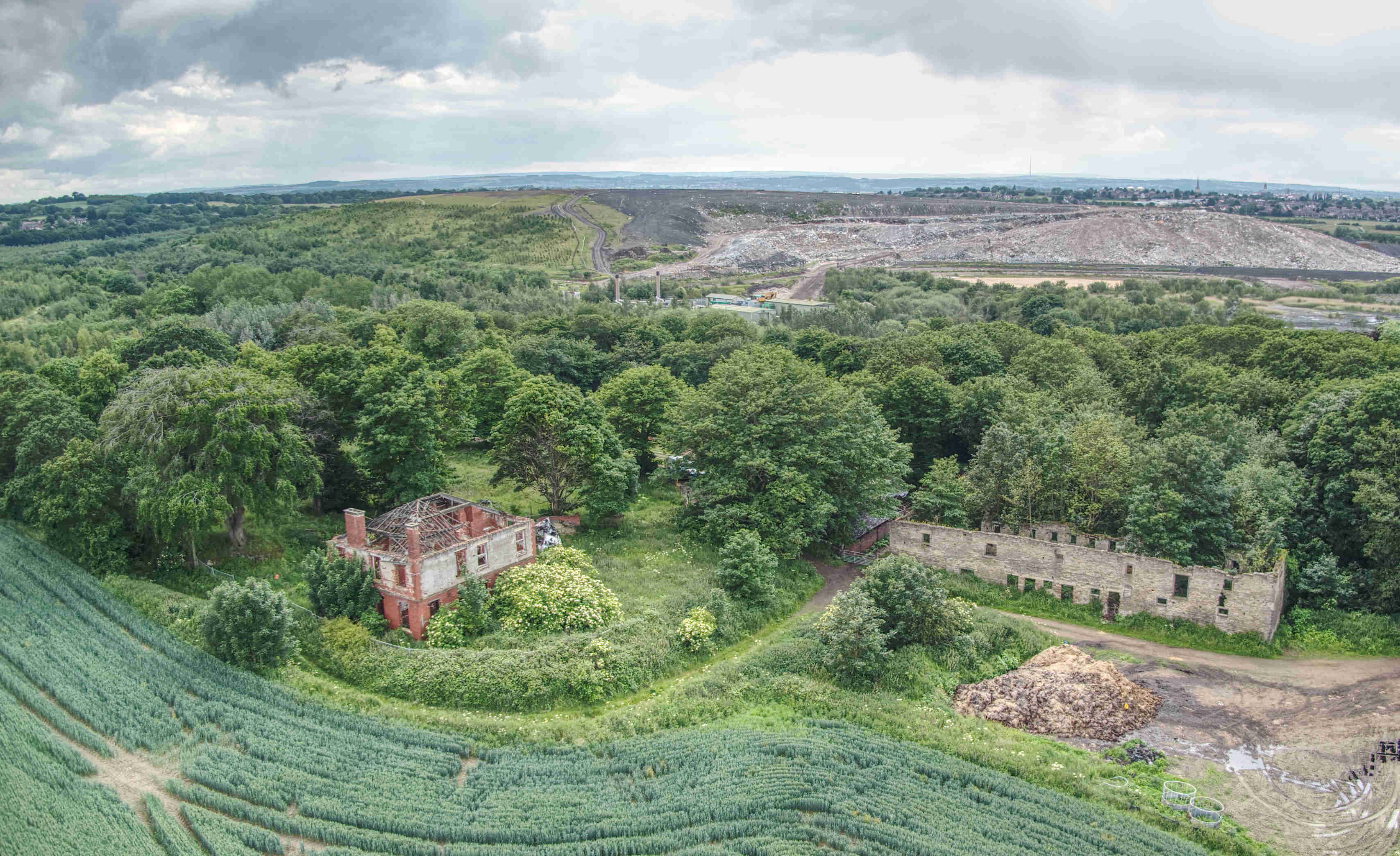 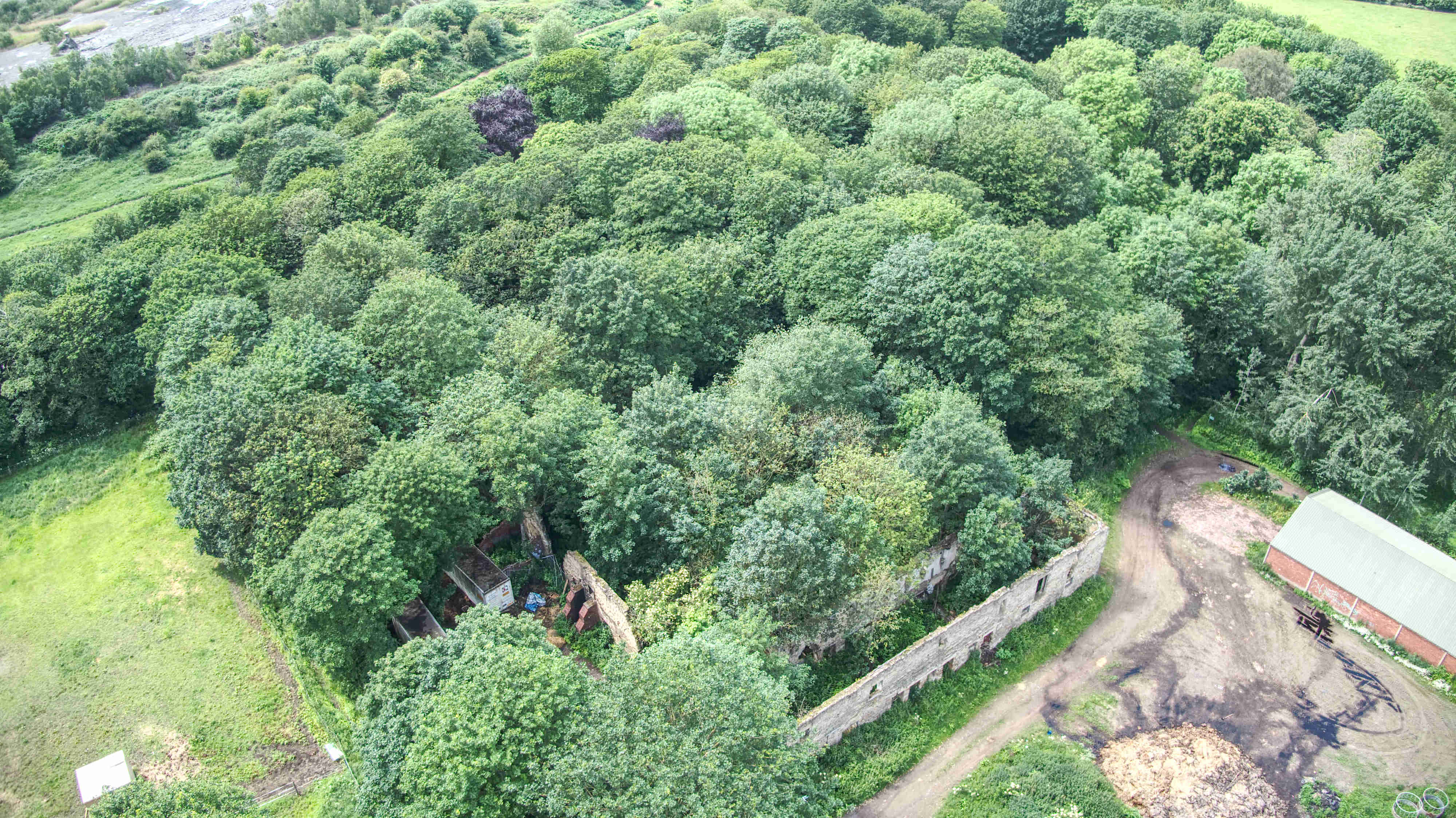 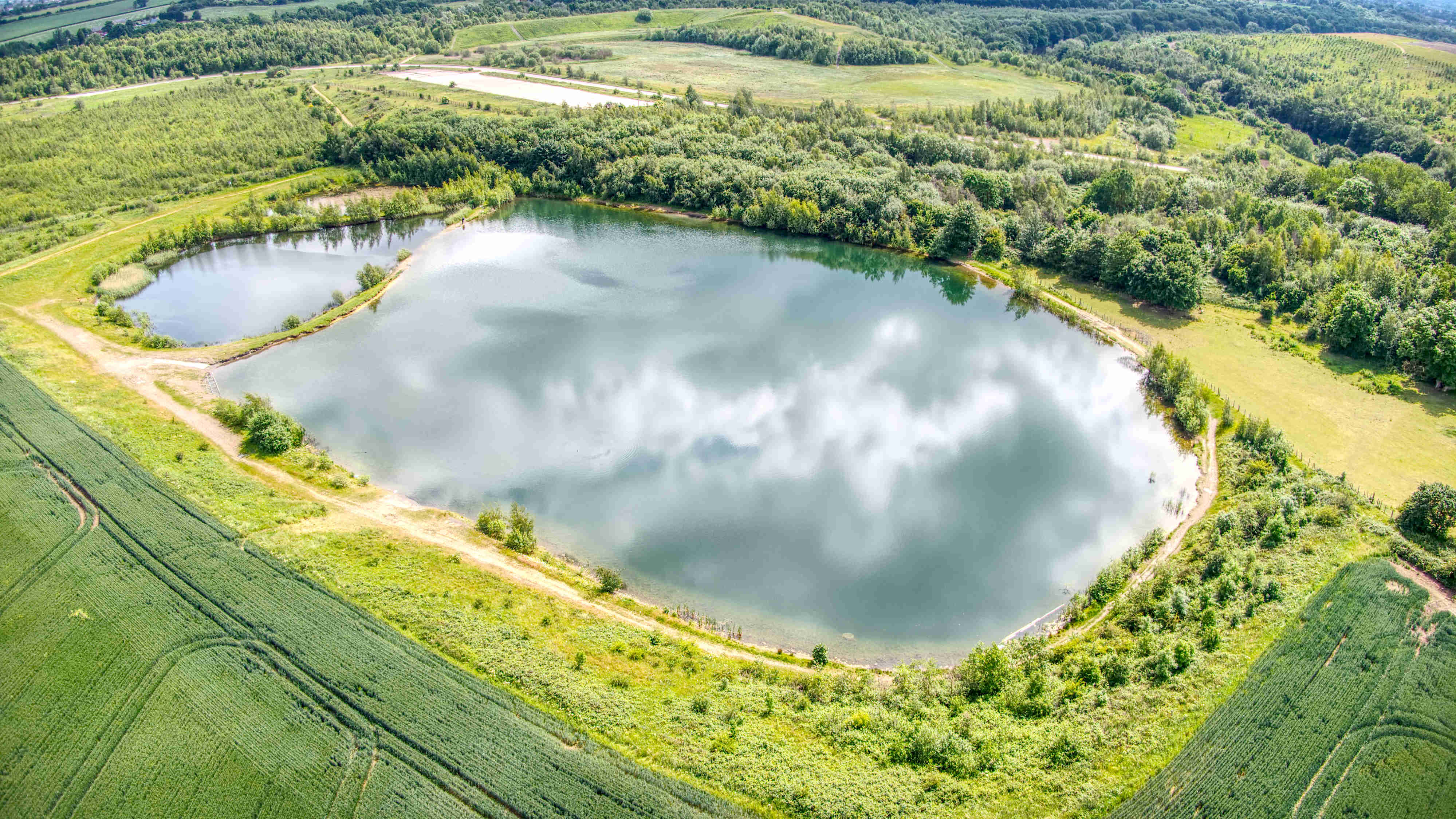 Thanks Phill Ross for allowing me to use your words here. If you want to know more about this and other history around Wakefield then take a look at this:

Newlands is an abandoned village which stands on the river Calder close to Altofts and although strictly not in Wakefield it is part of the Wakefield and five towns and our history and is a site of special interest to myself and many other historians.

I shall begin by explaining what a Preceptory was.

A Preceptory was a place of special value run by either the Knights Templar or the Knights of St John (Hospitallers) it was a farm where crops would be grown and animals farmed, as much as it was a fortress and a “bank”, where Pilgrims would deposit their worldly goods of cash and jewelry in return for a Chit which they could then cash in on their arrival in the Holy Land.

There was a dock on the riverside where goods were transported to and from the Preceptory, and as far as I am aware this has now vanished with nothing remaining to show the exact location it stood, although as you will read further in this piece the Preceptory may not have been in the village and the river course may have been much further inland than it is now.

On the modern Google Earth image we can see the remnants of a tributary or stream which runs approx. 300 yards to the north east of where the river now runs and on the north side of the village, it appears as though this was much wider at one time as parts are quite wide in places and if this was the original river course, it would place the dock in what is now a field, just north west of the gun club which was there until recently.

The title deeds for Newlands, which were held by late local historian Mr. John Goodchild until 2006, date back to the 12th and 13th Centuries. These deeds show the generous tracts of land held by this, once powerful, military order of the knights of St John.

Included in these deeds are several properties and farms at Newlands, including Newlands hall, the Coach house (which still stands) and several outbuildings many of which have now crumbled leaving only dilapidated shell filled with rubble and overgrown with brambles, nettles and ivy.

According to some historians, the village of Newlands was established in the year 1213 by King John of England as a Preceptory apparently for the Knights Templar until the year 1256 when the lands were handed over to the Templars rivals the Knights Hospitallers or Knights of St John.

If indeed Newlands was a Preceptory of the Templars then this would make it one of only Preceptory's in Yorkshire, it has been established that Yorkshire was the largest stronghold for the Knights Templar in the Country so we cannot rule out the possibility that they held a Preceptory here.

Personally I think it is doubtful that the Templar held this land at all and more likely that it was given directly to the Knights of St John and owned by the Crown previous to this as it does not make any sense why land owned by the Templar would be given to a rival order in a time when the Templar were in favor.

Early in its history the Preceptory was the beneficiary of a powerful patron, Roger Le Peytvin Lord of the manor of Altofts and later William Lyvett of Altofts hall in 1447. The property was dissolved by Henry the VIII who then bestowed the property upon himself.