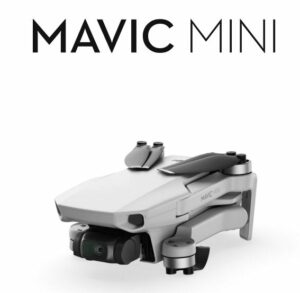 If you're a casual drone flyer then and that sounds like too much hassle, then maybe you could be interested in a Mavic Mini. This is an excellent drone but comes in at 249g, so doesn't have to be registered with the Civil Aviation Authority, under the current rules.

Can you believe that DJI undercut the law by just 1 gram!?

The starting price of the drone is £369, which seems a pretty affordable price for a drone of this caliber.

It isn't without compromise:

BUT look at some of these plus points!

My initial thought is that this is classed as a toy and therefore maybe I could fly this literally "Anywhere".

Fortunately, this isn't the case.

You do get around the drone registration and training rules but you still need to follow the Drone Code and fly safely and keep your distance from people, vehicles and structures.

Shall I get one for Christmas?

Given that I already have a DJI Mavic  Zoom, then I don't see any benefit to also having the Mavic Mini (Unless DJI want to give me one to review 🙂 ).

If you do want one, then please use the affiliate links, it helps to pay towards running this website.